The “18 lost treaties” recognized the Tongva but were never adopted. In 1950, under the Eisenhower policy of “Assimilation” of Native American Tribes, the Gabrielino-Tongva were effectively terminated.

was settled by the Treaty of Guadalupe, which ceded California to the United States.  Treaty required the United States to maintain and protect California Indians, including the Gabrielino Tribe recognized to inhabit the geographic area of the Los Angeles Basin, in the free enjoyment of their liberty, property and religion.

In 1851-53, three U.S. Government Treaty Commissioners appointed by President Fillmore signed the 18 “lost treaties”, setting aside 8.5 million acres in California for Indian reservations in return for the Indians’ quitclaim to 75 million acres of California land. 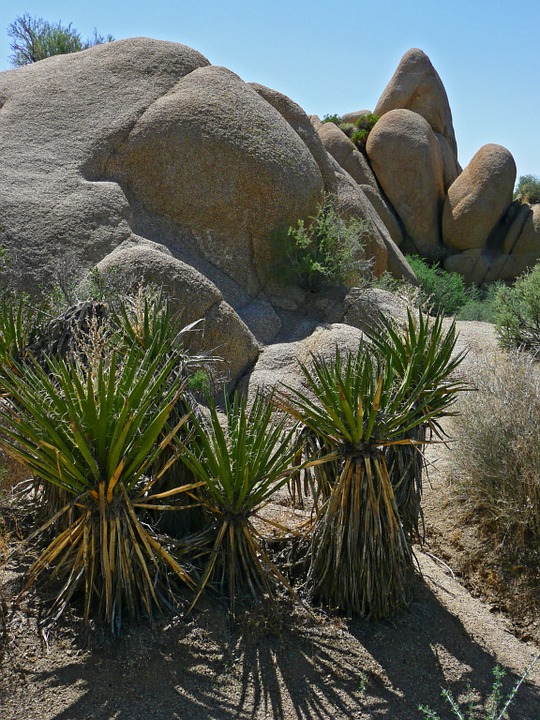 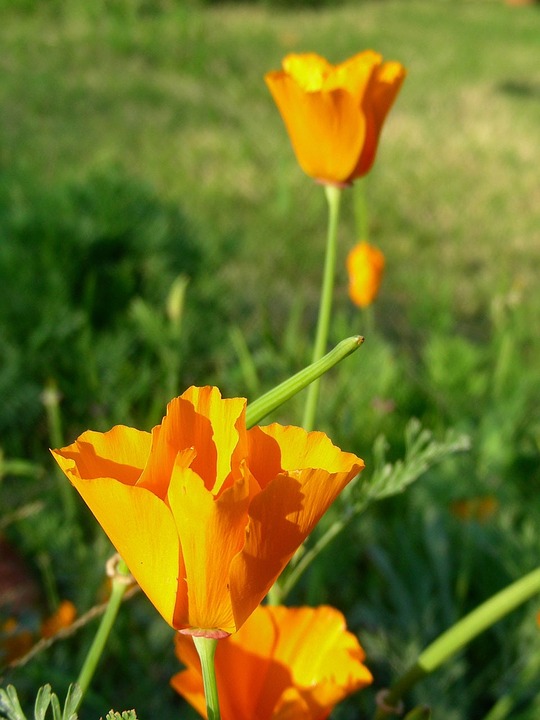 The approximately 1.2 million acres promised to the Gabrielino Tribe and other Mission Indians included 50,000 acres on the San Sebastian Reserve at the Tejon Pass at the edge of Los Angeles County, a temporary reservation to which a number of Gabrielino families had been relocated. This 50,000-acre reserve was never officially taken into trust, but instead ended up as the private property of the Superintendent of Indian Affairs, Edward Beale, who incorporated it into his newly named "Tejon Ranch".

Based upon discovery of the 18 “lost treaties” in 1905, a series of efforts were made to address the treaty-less Gabrielino Tribe, or at least to compromise its claims to land in Los Angeles County.  The California Jurisdiction Act of 1928 authorized the California Attorney General to represent the Gabrielino Tribe, among others, and to bring their land claims before the U.S. Court of Claims.  The Court of Claims, in California Indians v. US (1941) 98 Ct. Cols, 583, recognized the arguments of the young California Attorney General, Earl Warren, that “a promise made to these tribes and bands of Indians and accepted by them but the treaties were never ratified so the promise was never fulfilled”. 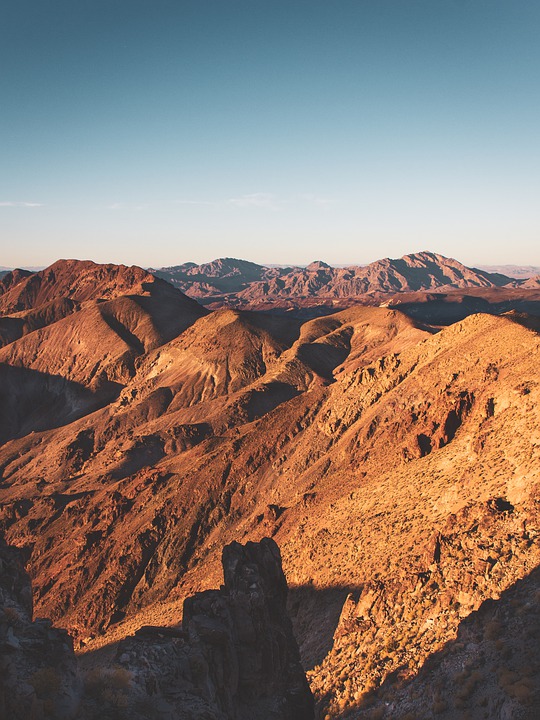 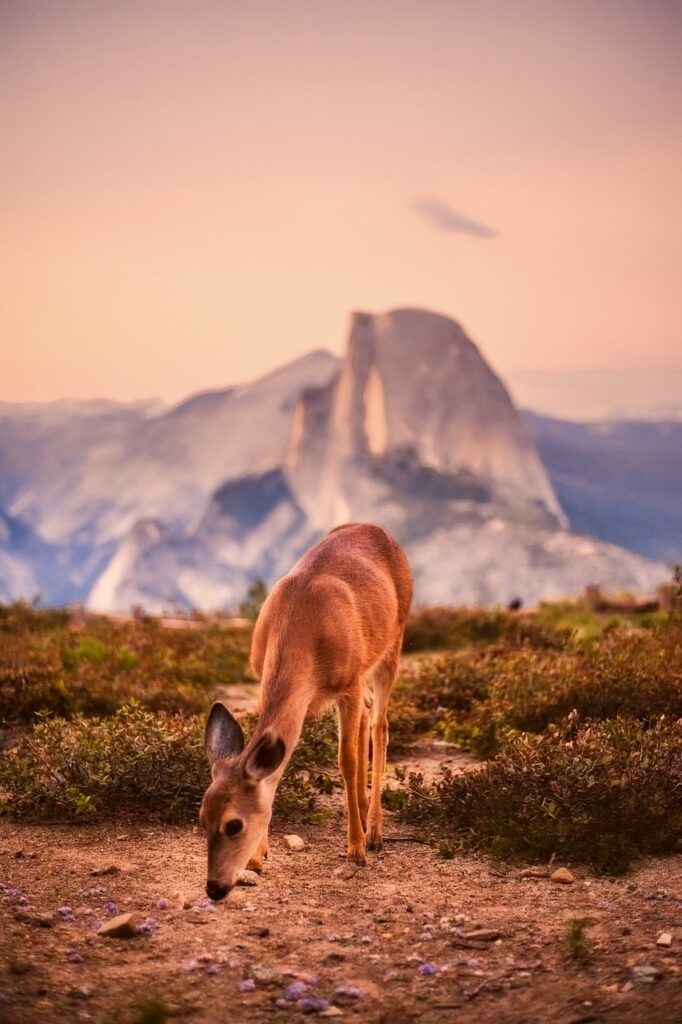 Acting to “recognize the equitable claims” of the Gabrielinos and “all the Indians of California”, the Court awarded 7 cents an acre as compensation for the 8.5 million acres of land which was never set up as reservations under the 18 “lost treaties”.  From this sum was deducted the cost of administration of the claims.  In 1850, some 94 years earlier, no public lands were purchased for less than $1.50 per acre.  The Court of Claims awarded no interest for the 94-year period between signature of the 1851-53 Treaties and payment of the monies in 1944.

After WWII reminded the public of the sacrifices of Native American soldiers, and the 1944 payments were seen as woefully inadequate, a second effort to settle land claims was begun under new legislation in 1946.  The Indian Claims Commission addressed the claims of the Gabrielino Tribe in Docket 80, where the Gabrielino group was treated as an Indian tribe, but only its members were named as plaintiffs.  This legal fiction would appear to a modern lawyer to eviscerate the effectiveness of the land claims settlement, which addressed only the claims of individual Indians (and not the land claims of the Tribe itself). 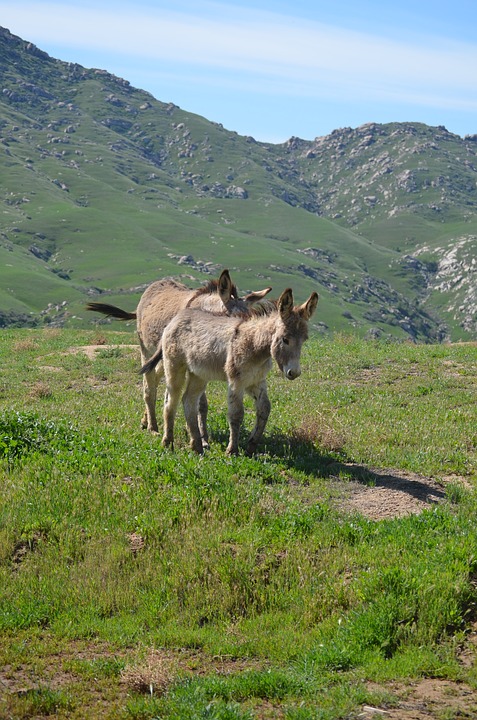 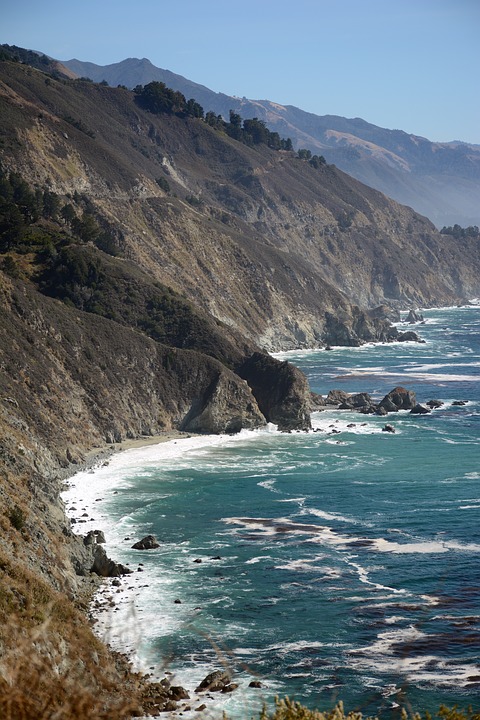 After WWII reminded the public of the sacrifices of Native American soldiers, and the 1944 payments were seen as woefully inadequate, a second effort to settle land claims was begun under new legislation in 1946.  The Indian Claims Commission addressed the claims of the Gabrielino Tribe in Docket 80, where the Gabrielino group was treated as an Indian tribe, but only its members were named as plaintiffs.  This legal fiction would appear to a modern lawyer to eviscerate the effectiveness of the land claims settlement, which addressed only the claims of individual Indians (and not the land claims of the Tribe itself).

In 1959, the Court of Claims entered a final order recognizing the aboriginal title of the Gabrielino Tribe and other California tribes to 64 million acres west of the Sierra Nevada Range.  The Tribe’s title was recognized and $633 was paid to each Gabrielino in 1972.  As part of the efforts to adjudicate the two land claim payments in 1944 and 1972, hundreds of Gabrielino tribal members were recognized as “Gabrielino Indians” on each of the BIA California Indian Rolls of 1928, 1950 and 1972. 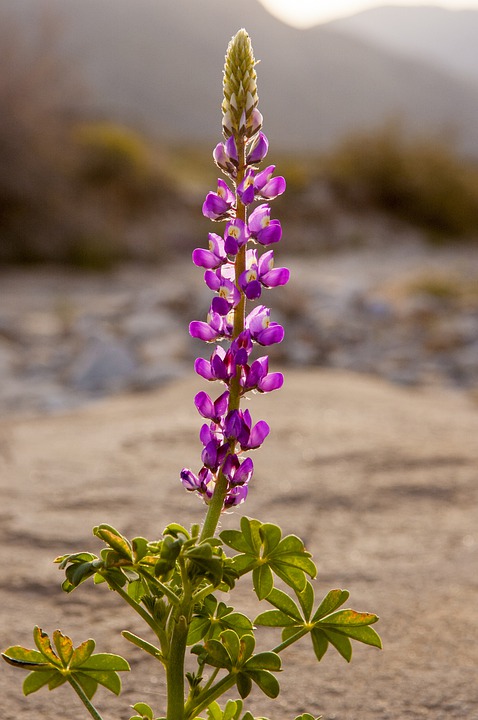 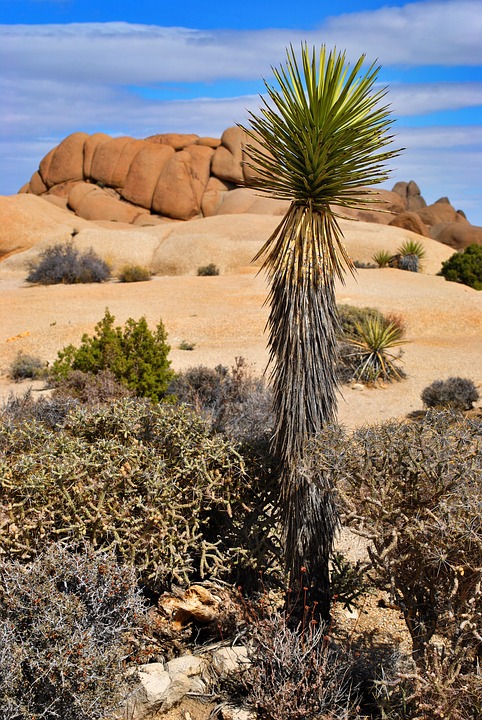 The lands claim settlement effort begun in 1946 was incorporated into the “assimilation policy” of the Eisenhower Administration, expressed legislatively as House Concurrent Resolution 108 of 1953.  Unfortunately for the Gabrielino Tribe, the US Government decided to pay cash to individual Gabrielino Indians, in lieu of granting a land base to the Gabrielino Tribe. This “assimilation policy” also led to the termination of 53 Indian rancherias, some of which were eventually restored by a federal judge in Hardwick v. United States in 1983.

The Eisenhower policy of “assimilation” also lead to the adoption of over 50,000 Native American children into white, often suburban households (until the practice was ended by the Indian Child Welfare Act of 1978).  The settlement of Gabrielino land claims and the “assimilation” of Gabrielino Indians was administered by Commissioner of Indian Affairs Dillon S. Meyer.  Mr. Meyer had previously distinguished himself as chief administrator of the Japanese internment camps in California. 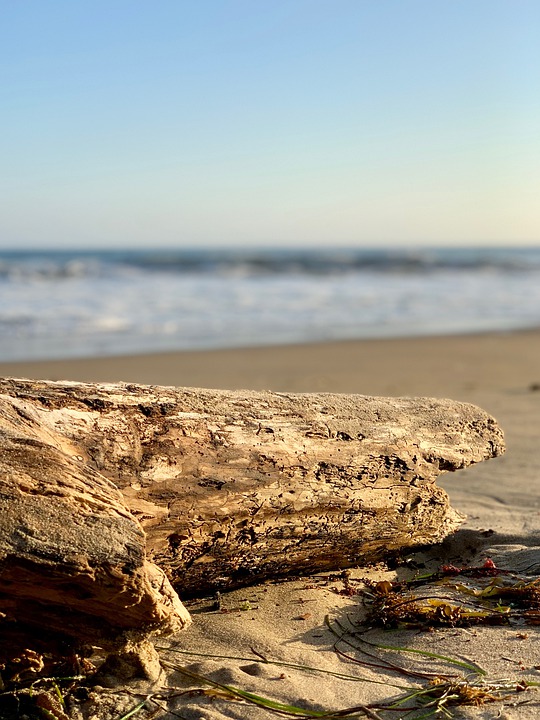 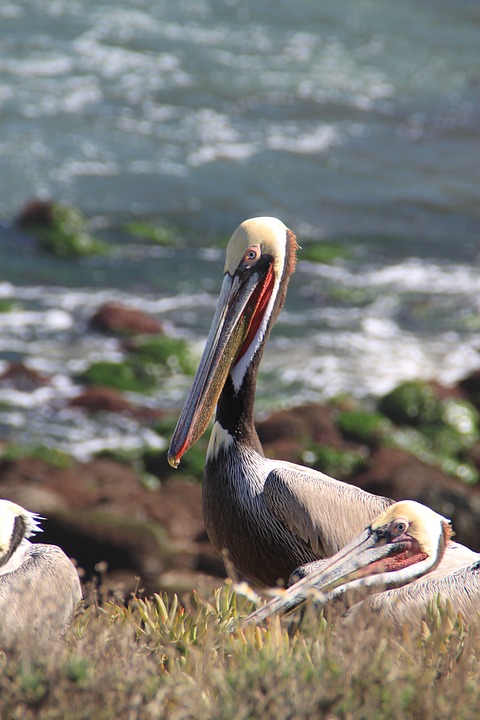 This history of de facto recognition, while conspicuously avoiding official recognition, began to crumble in 1994, when the State of California officially recognized the Gabrielino-Tongva Tribe.  The Gabrielino-Tongva Tribe is currently seeking federal recognition through 3 separate channels: legislation before Congress; a petition for federal acknowledgment with the BIA, together with a second BIA petition for prior acknowledgment; and a planned “de facto termination” lawsuit in federal court.  The BIA petitions are complete and will be submitted after adoption by the Tribal Council in late June or early July 2003.

Where The Historical Lands Are Located

Where The Historical Lands Are Located:  Gabrielino -Tongva Tribal History in Los Angeles County And Orange County. The Tribe has been indigenous to the Los Angeles Basin for 7,000 years.  This history is well- documented through 2,800 archaeological sites, in State historical records and federal archives, and Catholic church records at San Gabriel Mission and San Fernando Mission. A State historical site preserves the holy springs where the Portola Expedition, which founded the City of Los Angeles in the late 1700s, replenished their water.  The Expedition encountered the Tongva, who guided them to their holy springs, at what is now University High School in West Los Angeles.  The springs provide water to visitors today and are being restored with a $1 million state history grant. 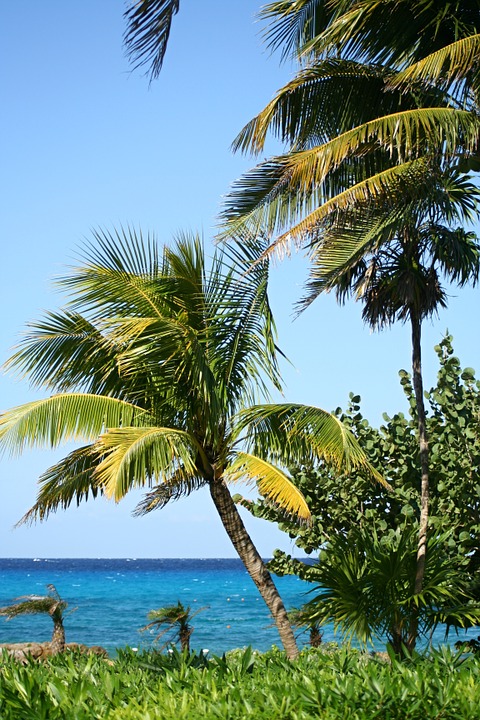 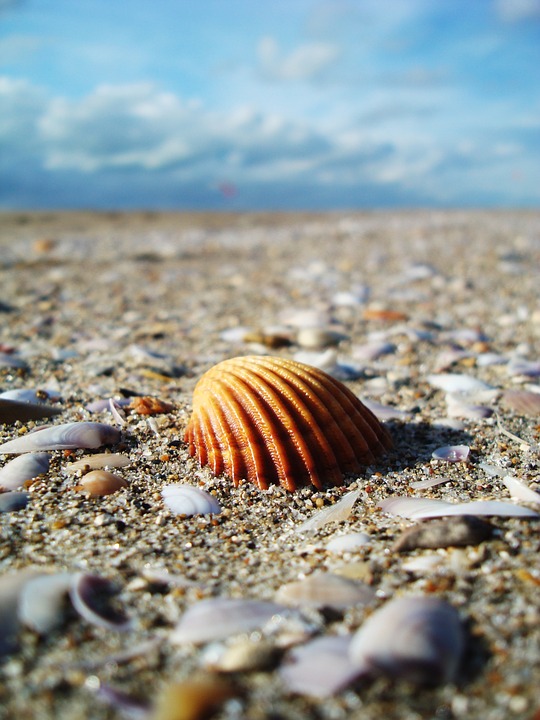 Loyola Marymount University, a conservative Catholic university, in 2000 dedicated a garden to the history of the Tongva in Westchester.  Marble plaques, granite walls and metal lettering describe two thousand years of Tongva history in the area, their cultural beliefs, and ends with a quotation from Martin Alcala, a current Council member. The LMU library exhibits artifacts from two Tongva village sites unearthed during construction of the Leavy campus. The Tongva were enslaved to build the San Gabriel Mission in the City of San Gabriel and the San Fernando Mission in the City of Los Angeles.  Other Gabrielino village sites were discovered at Cal State Long Beach, the Sheldon Reservoir in Pasadena and in Los Encinos State Historical Park in Encino.

Where The Historical Lands Are Located 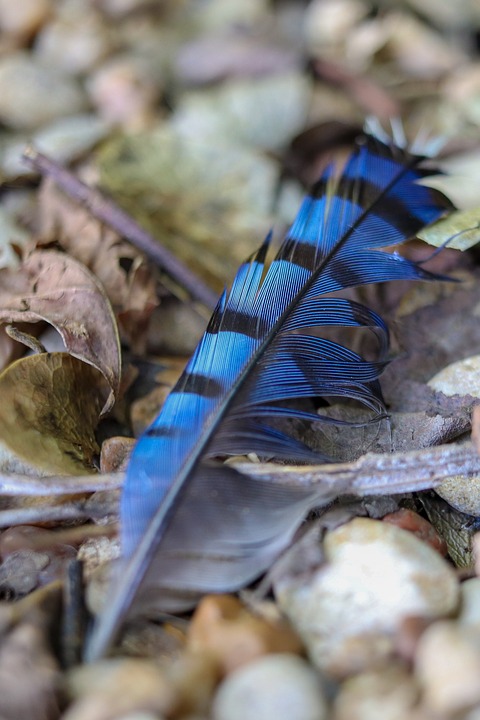 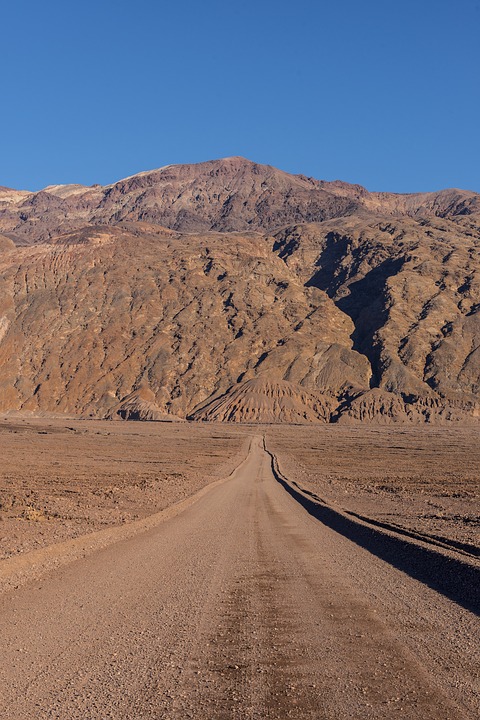 The Tongva occupied villages to the north up to Topanga Canyon in Malibu (where they ran into the Chumash, sometimes violently). Tongva villages extended south to Laguna Beach (though the Juanenos claim the Tongva never settled beyond the estuary at Newport Beach). Tongva village sites extend inland to the San Bernardino Mountains. There the younger, independent Cahuilla culture was derived from roots in the religion, language and trading culture of the Tongva (Morongo and Agua Caliente bands are Cahuilla).

1994 State Recognition Of The Tongva

In 1994, the State of California recognized the Tongva in Assembly Joint Resolution 96, chaptered by the California Secretary of State as Resolution chapter 146, Statutes of 1994.  The Joint Resolution states that the State of California “recognizes the Gabrielino-Tongva Nation as the aboriginal tribe of the Los Angeles Basin and takes great pride in recognizing the Indian inhabitance of the Los Angeles Basin and the continued existence of the Indian community”. 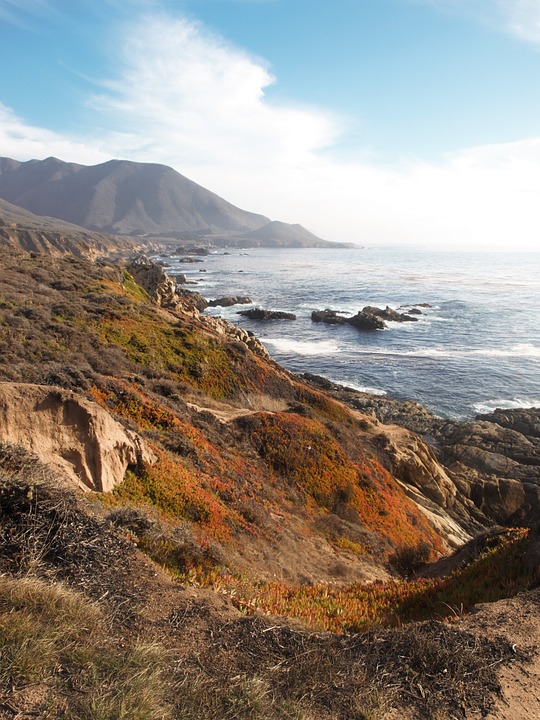 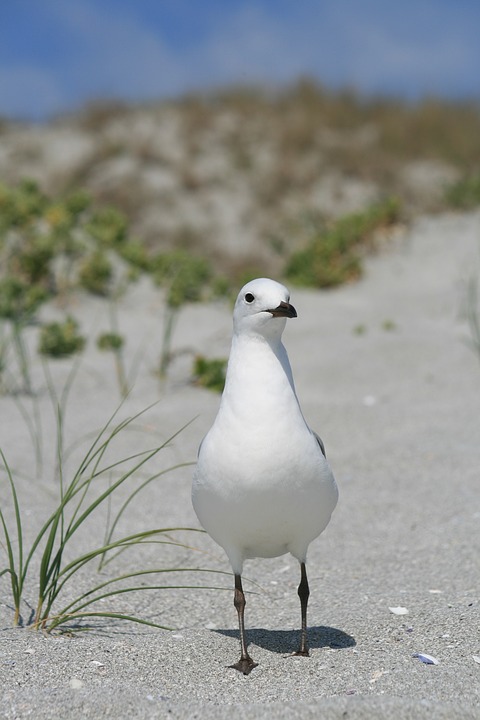 Only one Tribe is recognized

State recognition also goes to “who” the Tongva are, for only one Tribe is recognized.  Any attempt to separate the Tongva into “bands” might be helpful for those interested in multiple casino locations.  But recognizing several “bands” instead of one “Nation” would be contrary to California’s public policy. State recognition accompanied by substantial rights is appropriate for the same reasons that California has, without federal approval, undertaken separate pollution-control standards and other statewide initiatives.  We in California have a unique history, including a savage side against rather docile Native Americans.

The 18 “lost treaties”enslavement by missionaries and early settlers

The 18 “lost treaties" enslavement by missionaries and early settlers, government-sponsored genocides against tribal groups, and the notorious 1851 Indian laws (allowing Indian child theft and slavery) are examples of savagery exercised, sponsored or condoned by the State of California. Even California’s judiciary participated in an apartheid-like history of racism.  See, e.g., People v. Hall (S.Ct. 1854), which enforced and expanded Section 394 of the Civil Practice Act providing “No Indian or Negro shall be allowed to testify as a witness in any action in which a White person is a party.”  Our Supreme Court reasoned, “The evident intention of the Act was to throw around the citizen a protection for life and property, which could only be secured by removing him above the corrupting influences of degraded castes.” 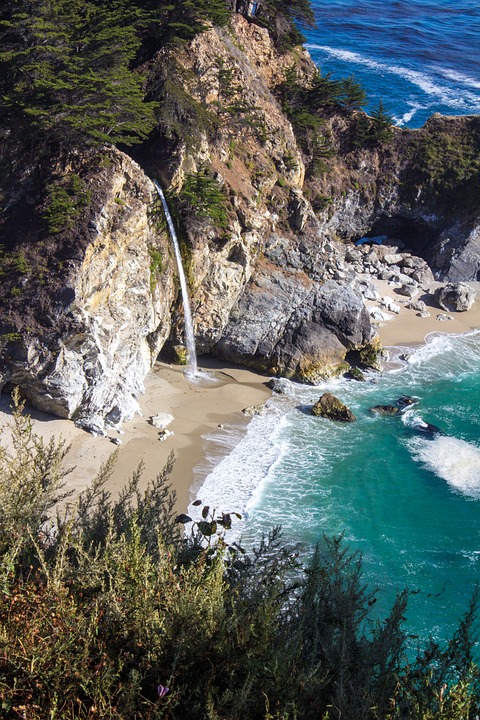 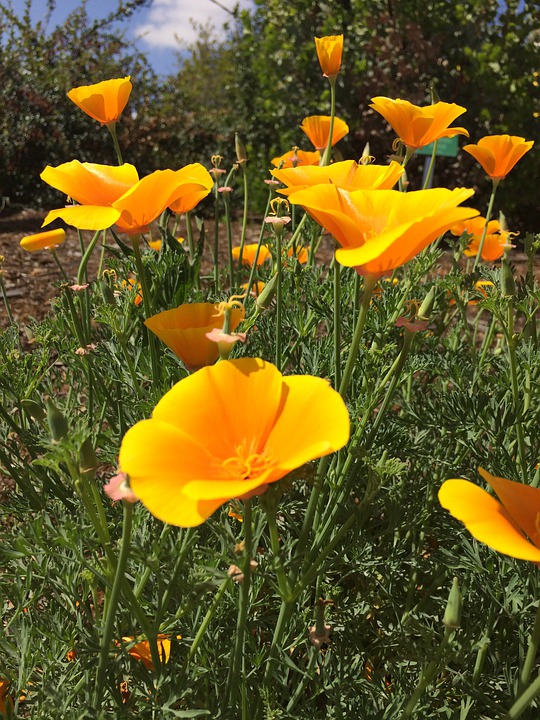 When Governor Davis stated that he was ending the abusive chapters of the State’s history towards Indian tribes, by dealing with federally-recognized tribal sovereigns, he was only half right.  There are over 50 well-documented Indian tribes that have not been officially recognized by the federal government and have received no assistance from the State.  The Gabrielino-Tongva are one of two state-recognized tribes and the best-documented tribe in the State without federal recognition.